Why Does My House Trained Dog Pee Everytime I Come Through The Front Door? 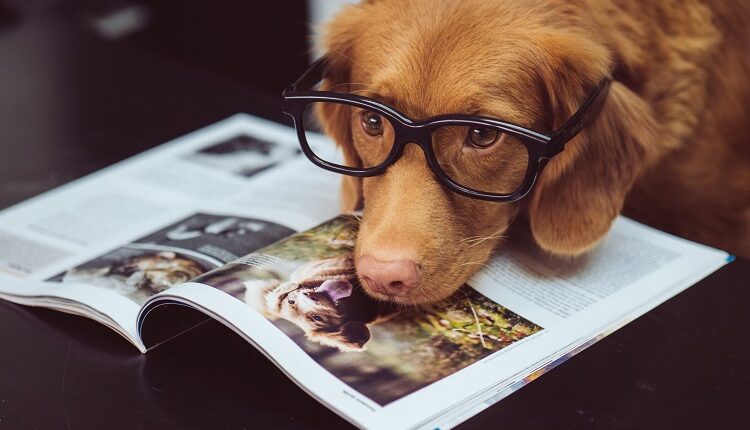 Your dog has been house-trained for over a year yet … whenever he gets excited, he pees. Why does he do this? It’s problematic. You come home from work, pet him, speak to him and he pees. Your friends walk in the front door, and Rover urinates, and they step in it or he actually pees on their shoe. Not good!

This behavior is referred to as submissive peeing. When a dog is overly nervous, apprehensive or fearful, he may cut loose and urinate. He doesn’t do it intentionally so don’t punish him.

This is not unusual behavior. It is the dog’s way of communicating and to indicate social conciliation. He is showing you he is not a menace and is glad to see you. Dogs sometimes pee when they are meeting a dog for the first time. Other times, they may urinate when you are playing with them or when they are being scolded.

When a dog is engaging in acquiescent behaviors, it may actually grin. It may appear that the dog is snarling because he’s showing his teeth, but he’s not being aggressive. He is smiling.

The dog may also lick his lips, flatten his ears, tuck his tail, lower his body as if he is cowering and raise his front paws. These are submissive positions.

Watch your dog. When you come in the front door, does he engage in these behaviors? Does he squint his eyes or lick his lips, grin and then pee? He is excited to see you. If the dog is in a nerve-racking situation, he may also engage in these same behaviors.

You are glad your dog is happy to see you, but you’re not so pleased about with the urination issue. What can you do about it?

Ignoring your canine when you arrive home from work may be one way to eliminate excitement urination. Instead of reaching down and petting him and talking to him in that crazy baby talk you use, don’t pay any attention to him. This seems counter intuitive or mean, but it isn’t. Do not look at the dog in the eyes and do not get face to face with him.

Keep walking until the animal calms down. Tell your guests to do likewise. Once the dog has gotten used to your presence, call to him, and then you can praise and love on him.

Some dogs only submissively pee when they are interrelating with their human parents, while others do it when visitors arrived and some do it with everyone.

It could be your dog as a medical problem, causing him to urinate at inappropriate times and in unsuitable places. Take him to the vet’s to see if there is a medical issue going on.

If the dog’s diet has changed, or he is on a new feeding schedule this can cause him to urinate. A dog can experience incontinence. The dog seeps urine and isn’t aware of doing so. This can happen even while the animal is sleeping.

When suffering from a urinary tract infection makes a dog leak small amounts of pee on a frequent basis. A sign a dog has this condition is disproportionate licking of the genitalia.

Certain medications can cause an increase in urination as can specific illnesses. Have the veterinarian check for these issues so you can determine if there is an underlying reason for the submissive urination.

Why is it Worth Getting a Steam Cleaner?